The term 'fairy ring' is used to describe a number of turf grass diseases where soil-borne fungi cause certain symptoms to develop on the surface of the sward. Fairy rings are caused by the activity of many fungi classified as basidiomycetes.

Type 1 fairy rings typically have a ring of dead grass which is bordered on both sides by a band of stimulated grass growth. Fungal fruiting bodies (mushrooms or toadstools) may be found associated with these rings.

Type 2 fairy rings are typically a ring of stimulated grass growth with or without the fungal fruiting bodies.

Type 3 fairy rings generally show no change in the growth of the grass but are evident only by the presence of rings of fungal fruiting bodies.

Superficial fairy rings are caused by fungal activity in the thatch (hence, also known as thatch fungi). They can cause rings or patches of yellowed or greened-up turf and may also be associated with slight depressions of the turf surface. Fungal fruiting bodies will not be seen with superficial fairy rings.

In many cases, the presence of these fungi can be confirmed by smelling the rootzone which will take on a characteristic musty smell. Although all fairy rings will start from a single point and increase in size annually, eventually forming recognisable rings, the growth of these rings will not stop unless the fungus hits a solid surface or disturbed ground. As rings grow together (or coalesce), the definite ring pattern will change to become broken rings, arcs or ribbons across the turf surface.

On the basis of limited evidence, Heritage will reduce the effects of Type 2 Fairy Rings. For best results applications should be made with the addition of a wetting agent to sufficiently wet the soil to allow the Heritage to get to the basidiomycete.

Find out about Fairy Rings in cricket pitches in my blog here. 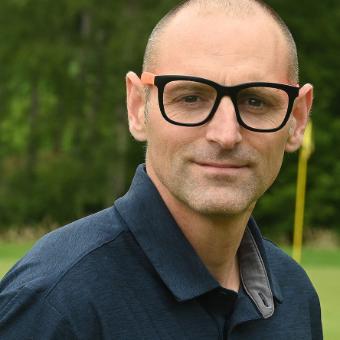 Glenn is the Regional Turf Technical Manager at Syngenta. He has 30 years’ experience in the turf management industry, including the challenges of managing many golf courses in varying climates and situations.

Receive a wealth of practical advice and tips on all topics turf from
the GreenCast Advisory Turf Management team - straight to your inbox!